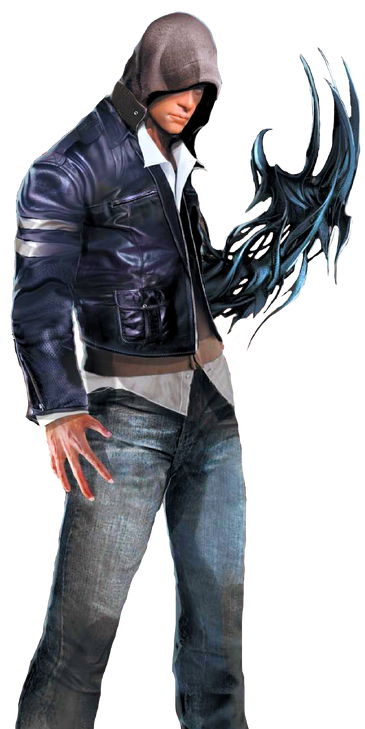 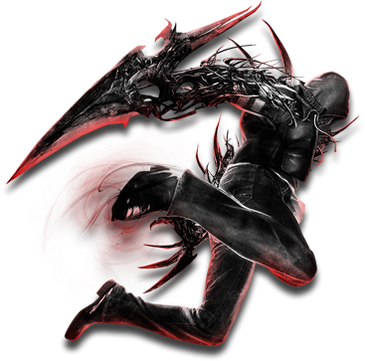 Alex Mercer is a deceased scientist who was resurrected by the Blacklight Virus. He awoke in the GENTEK morgue with no recollection of his life other than his name and that he is a scientist, and no memory of how he achieved his powers.

As a result, he begins hunting down past colleagues until it is found out that he is in fact a virus possessing Mercer's body who has been manipulated into thinking that it is, in fact, Alex Mercer.

After saving New York from a nuclear bomb, Mercer loses hope in humanity altogether and begins his plan to perfect it, killing those who would try to stop him until his eventual death at the hands of James Heller.

Attack Potency: At least Building level (Casual attacks can turn human beings into literal paste), probably City Block level (Heller was able to, at base form, destroy a building of this size, namely Project Orion; Mercer should be comparable to him) | Potentially Large City level (Potentially can achieve the level of energy James Heller did at the end of the game, at which point he became a biomass the size of New York city)

Durability: At least Multi-City Block level at base (Survived the utter destruction of a base this size), probably up to City level via consumption (Survived a nuclear bomb that was implied to have been intended for New York City at point blank range) | Potentially up to City level (Assuming his power is that of Heller's, with enough absorption he could become this size)

Stamina: Limitless so long as a fuel source (Biomass) is available

Standard Equipment: None, can create any weapon he needs out of his body

Intelligence: Extraordinary Genius, even as a human he was a scientist pushing the limits of technology, as the Mercer Virus he has absorbed the intelligence of thousands of people, including military personnel; accessing the Core Hivemind makes his intelligence exponentially greater, as he is connected to the memories of all those afflicted with his virus

Weaknesses: Without Biomass his regeneration is slowed to a crawl and his energy is lessened, electricity paralyzes him, Evolved Form requires Biomass supply to maintain

Retrieved from "https://vsdebating.fandom.com/wiki/Alex_Mercer?oldid=30866"
Community content is available under CC-BY-SA unless otherwise noted.