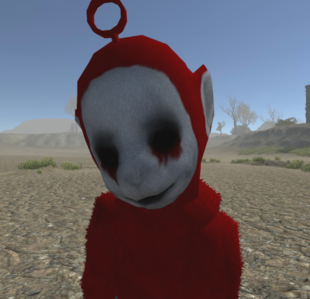 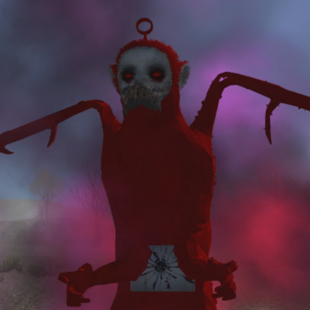 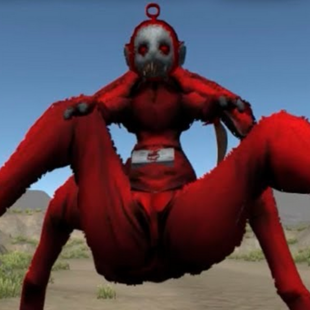 Po is one of the many infected teletubbies from the video game series Slendytubbies made by Zeoworks. She was killed by Tinky Winky but reanimated hours later and ended up in the outskirts near the satellite station where The Guardian fights her.

Attack Potency: Wall level (Comparable to other infected who can easily mutilate regular teletubbies and rip heads off)

Speed: Subsonic+ (Can keep up with The Guardian who can dodge rockets. Comparable to other infected who are capable of dodging bullets)

Lifting Strength: Class 5 (Comparable to Tinky Winky who can rip heads off)

Intelligence: Virtually Mindless (Has no higher brain functions beyond killing and infecting)

Retrieved from "https://vsdebating.fandom.com/wiki/Infected_Po?oldid=27897"
Community content is available under CC-BY-SA unless otherwise noted.