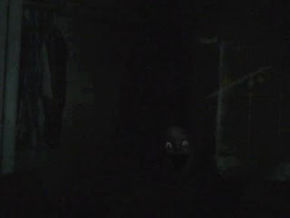 Classification: Spirit of Vengeance, Judge of Mankind, That One who Chases You in your Nightmares

Powers and Abilities: Superhuman Physical Characteristics, Invisibility and Shadow Manipulation, Stealth Mastery, Dream Manipulation (Is able to create nightmares and chase someone inside there), Illusion Creation (Can make your worst fears come true and can relive your traumas), Mind Manipulation (Can make someone commit suicide), Fate Manipulation (It's stated that Mandú is the mastermind of accidents, that he can cause you to die drowned, suffocated, or suffer one of the worst deaths or accidents possible), Death Manipulation, Non-Corporeal (He's the spirit of vengeance), Immortality (Type 8, he lives by the vengeance of those you hurt), Clairvoyance, Passive Fear Manipulation

Attack Potency: Street level (Able to tear your hands apart so you do not hit anyone, cut you tongue so you do not hurt anyone else with your words, and take your eyes so you do not see illicit things), can bypass durability with his powers.

Durability: Unknown Being Immortal Non-Corporeal makes him difficult to defeat.

Note: Link to the original story (It's in spanish).

Retrieved from "https://vsdebating.fandom.com/wiki/Mand%C3%BA?oldid=31008"
Community content is available under CC-BY-SA unless otherwise noted.