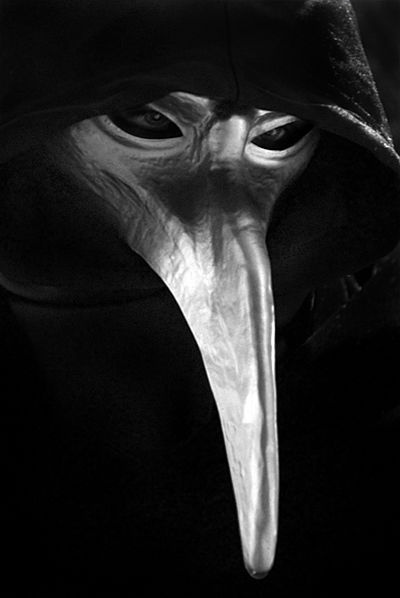 SCP-049 is a Plague Doctor created by the Brothers Death, who maintains an uncanny surgical ability and the ability to cause various anomalous effects. Although the eyes appear human, SCP-049 is wholly covered in what appears to be a garb fitting of a Plague Doctor, but it is in fact what appears to be muscular tissue that is a part of SCP-049's body. SCP-049 detects the "Pestilence" (The Plague) and decides to cut it out of the victim.

Age: Many thousands of years old (most likely)

Powers and Abilities: Death Manipulation, Biological Manipulation, Enhanced Senses, Resurrection, Immortality (Type 7), Turning, Empathy Manipulation (Removed the part of his brain that caused him to like one thing over the other)

Lifting Strength: Above Average Human (Capable of lifting a human with one hand easily)

Durability: Probably Street level, maybe higher (Capable of withstanding gunshots, survived clearing out much of his body in order to better store his tools within it)

Standard Equipment: Bag of Equipment (held somewhere within its person)

Intelligence: At least Genius, incredibly skilled surgeon with methods above most human understandings, including a method in which he creates zombies through an unknown means

Note: SCP-049 received his powers from The Brothers Death, and thus may likely have a large upgrade in the future dependent upon the coming out of canon based around these entities.

Retrieved from "https://vsdebating.fandom.com/wiki/SCP-049?oldid=30913"
Community content is available under CC-BY-SA unless otherwise noted.