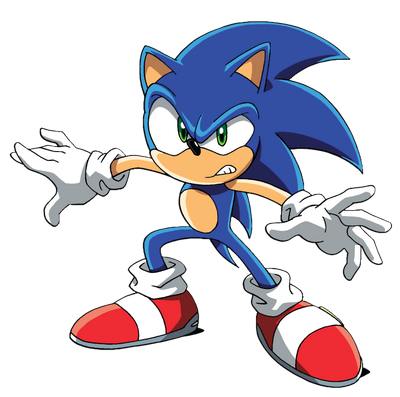 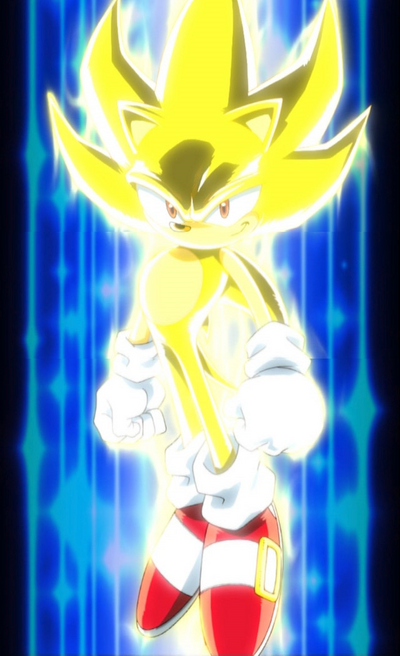 Sonic The Hedgehog the main protagonist of Sonic X and is also known as the Blue Blur gets himself into planet Earth and has a quest to stop Dr. Eggman. He meets a new friend, Chris who aids him in his adventure. He is a cocky and arrogant blue hedgehog with an attitude and has met up with his friends to stop Dr. Eggman once and for all.

Attack Potency: Mountain Level (Can level with Knuckles who is capable of punching a receiver on the moon and fought against Shadow The Hedgehog) | At Least Mountain Level (Stronger than Base Form) | Planet Level (Fought Final Mova and Planet Eggs which had the life source of a planet. The Chaos Emeralds are capable of giving off this kind of energy)

Speed: Massively Hypersonic+ (Can dodge lightning bolts) | Sub-Relativistic (Capable of ripping apart the Metarex robots and only appeared to be a beam of light) | At Least Sub-Relativistic

Durability: Mountain Level (Took hits from Knuckles) | At Least Mountain Level | Planet Level (Can fight against Final Mova and is powered by the Chaos Emeralds)

Retrieved from "https://vsdebating.fandom.com/wiki/Sonic_The_Hedgehog_(Sonic_X)?oldid=16177"
Community content is available under CC-BY-SA unless otherwise noted.